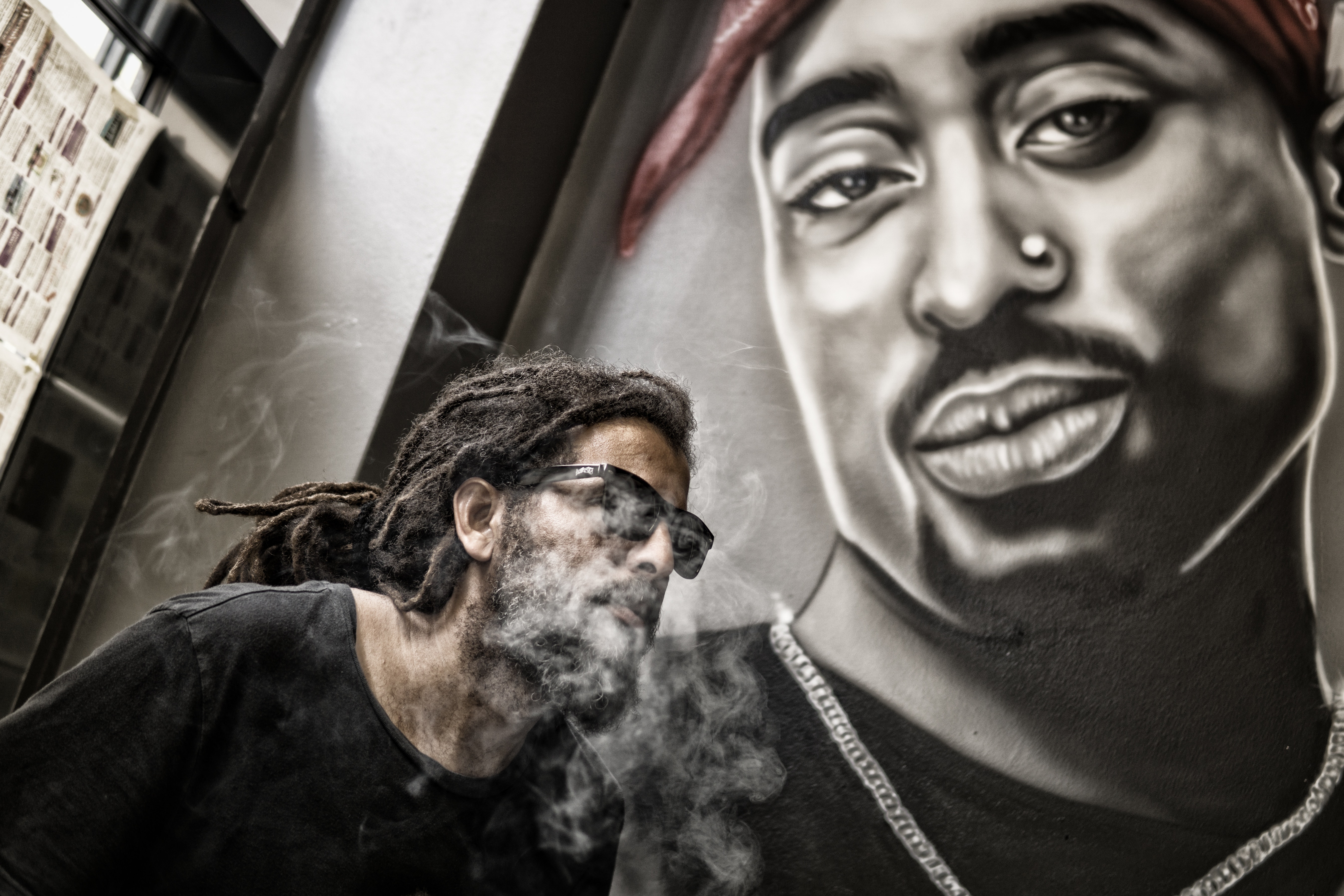 Cannabis has long been integrated into different cultures and music movements. Various artists use the green goods as a source of inspiration.

Industrial and technological progress around 1800 left many Europeans disillusioned and longed for a deeper spiritual meaning. The writers and artists of this period engaged in their own research, often using psychoactive substances such as opium to liberate themselves from the everyday world.

French writers of the 19th century were looking for an alternative to addictive narcotics, hoping that their effects on the brain could be a way to increase their creativity. In the early 1800s, rumors of such a drug circulated among war veterans in Paris. The soldiers who came back from Napoleon’s campaign in Egypt took the hash they had come to know there back to France.

The club des Hashischins was founded in 1844 till 1849 with the intention of exploring the effects and experiences elicited by drugs (especially hashish). The members of this group consisted mainly of the literary and intellectual elite of Paris including Gautier, Baudelaire and Delacroix. They met monthly at Hotel Pimodan where they consumed a green paste made from cannabis, honey and pistachios.

Both cannabis and jazz have violent origins. Recreational use of cannabis has been deeply rooted in many South American and Caribbean cultures. Cannabis quickly became a popular crop. This was not only because it was so profitable as a source of tax revenue. It was also discovered by slaves as a way to excape their unbearable circumstances for a while. When Mexican immigrants arrived in the US with cannabis, it had become part of a new South American culture.

Cannabis was soon associated with immigrants, the poor and “people of color”. One such community used the power of cannabis to create a new genre of music: jazz. In the end, jazz music became just as controversial as the cannabis culture that played an important role in it.

Louis Armstrong is one of the most famous founders of jazz music. He described in his biography how cannabis made him feel. Armstrong was not trying to promote cannabis, he just wanted to describe the role it played in the jazz scene. The profound relationship between jazz, cannabis and racism made jazz musicians a target for the Federal Bureau of Narcotics. Harry Anslinger personally focused on Armstrong, Billie Holiday and other jazz greats.

In the 1960s, the cannabis plant became a symbol of freedom for the hippie movement. After the Second World War, a turbulent time arose when old standards and values were changed. A revolution was in the air in which many young people revolted against a rapidly changing society. The hippies used cannabis not only to feel better, but also for the drive for self-development and the sense of belonging.

The Rotterdam Holland Pop Festival, the Woodstock of the Netherlands, was the start of the Dutch tolerance policy. Although the use of cannabis was prohibited, it was turned a blind eye by the (undercover) police during the festival.

Despite the War On Drugs, cannabis slowly gained ground. More and more people learned to grow cannabis themselves, which allowed a new community to flourish. After about 10 years, the hippie movement slowly died out. But cannabis remained associated to a greater or lesser degree with various popular cultural movements from the hippie area. A good example of this is the overt endorsement and use of cannabis by many hip-hop artists.

In the 1970’s, a group of friends met everyday at 4:20 p.m. after school. They had heard a story about a field of cannabis plants in a secret location. The original breeder gave them a treasure map and they went on a quest for weeks. Unfortunately they could never find this treasure, but the term 420 stuck as a code word for smoking a joint together and was spread among different groups throughout the world.

In the 1980s, cocaine was the drug of choice, not cannabis. Smoking weed was uncool and somewhat associated with Cheech and Chong or the hippies. This changed as the decade turned and the hip-hop scene took on more influences. Hip-hop and alternative music increasingly took on a political edge and offered the feeling of more freedom to express dissent.

Due to the political environment and many other reasons, cannabis has been integrated into hip-hop culture from the beginning. A large number of hip-hop artists have had a profound influence on the normalization of cannabis culture in America from the beginning to the present day. Some of the most famous hip-hop artists singing about cannabis include: Cypress Hill, Dr. Dre and of course Snoop Dogg.